Ralf is a partner of HighQSoft and responsible for the management of the company. His responsibilities reach from being the first contact to the customer, leading potential projects through the sales process up to initiating first specification work.

Ralf’s first contact with HighQSoft was during an internship in the 9th grade, where he developed his first small software components. Throughout his studies of physics at the University of Frankfurt, Germany, he partly worked for HighQSoft as a software developer. To complete his studies away from home and on a different topic, he applied for his PhD studies in electrical engineering at the Karlsruhe Institute of Technology (KIT) on the topic of “Efficient Regression Testing of Electric/Electronic Systems”. This work was done in cooperation with Daimler AG where he was employed throughout his thesis to join Research & Development. In the department of “Specification & Test”, he gained experience in both topics while being responsible for the cross-sectional development and appliance of ISO 26262-compliant test concept and test specification templates covering all branches of Daimler AG.

In 2012, Ralf rejoined HighQSoft GmbH as assistant director for sales, marketing, and internal affairs to become a partner with the same responsibilities in 2014. 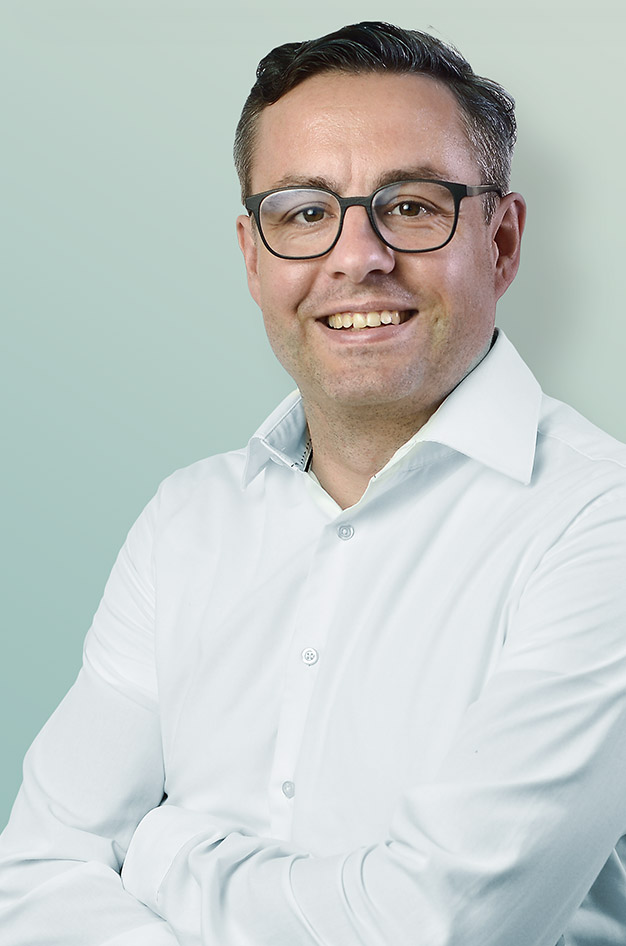 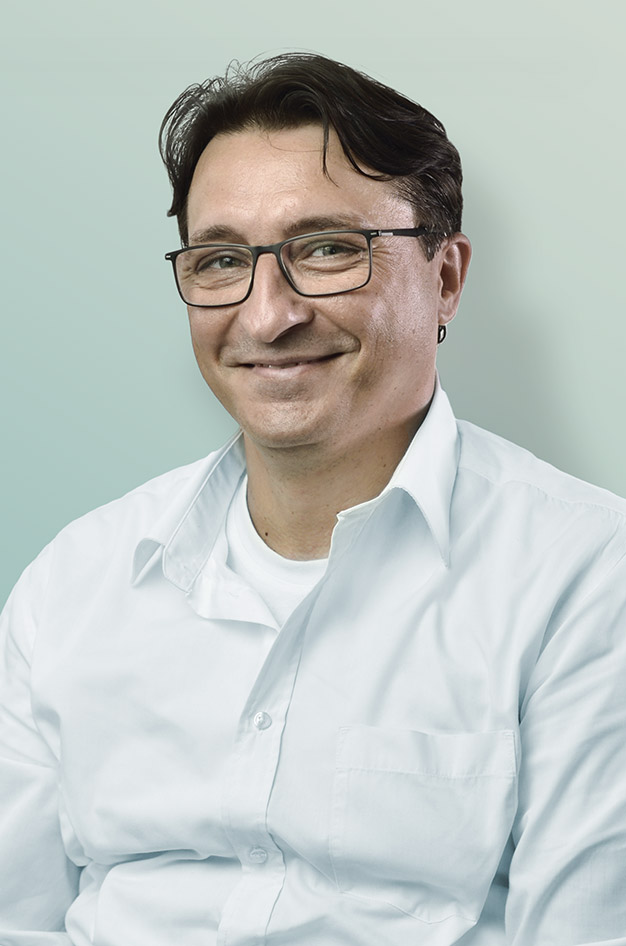 Constantin recently became CPO of HighQSoft due to his involvement in all recent products of HighQSoft including AReS ODS Server and the Plankton EcoSystem. His responsibilities are the product development, technology assessment, and coordination of the JAVA team within HighQSoft. Next to that, he is the project lead in various customer projects.

Constantin graduated with graduated summa cum laude at West University of Timișoara and a master's degree in mathematics and computer sciences. After this, he worked for Kayser-Threde GmbH for seven years becoming a Senior Software Developer. Most work targeted were C / C++ / Java middleware or client/server applications in the domain of Test Data Management for space and automotive industry customers such as ESA, NASA, AUDI, BMW. At Kayser-Threde, Constantin had multiple ASAM ODS training and project working with Crash Measurement Devices. One of the projects to mention was ZEUS at AUDI, later known as the openMDM application. For Saguaro Technology Inc., Constantin spent 3 years developing Productivity Tracking and Reporting solutions for the IBM InfoPrint Division and leading the development of the web IPM global connectivity solution accessible from any of IBM & Ricoh distributed print centers. In 2010, Constantin joined Allianz as a Senior Software developer diving into the new world of the insurance business. He acted in the ABS Kern development, creating features on which or by help of which the other teams build more specific (police, contract, claim, etc.) insurance components.

In 2011, Constantin looked for an opportunity to come back to his initial domain of crash testing, autonomous sensors, and measurements. He contacted HighQSoft, which he knew from one of the early projects, and found himself working in a small and agile environment with new technologies, again. Over time, Constantin became a progressive IT developer and innovation promotor within the company. He is always looking for both, the challenge and opportunity, of an IT solution. Constantin is strongly focused on agile environments and new technologies.

Since 2021, and with more than 22 years of experience in software development he became CPO at HighQSoft.

Karst graduated in computer sciences from the Hogere Technische School (HTS) in Enschede, Netherlands. His final assignment targeted at the capturing, management, and storage of measurement data of laser scanners for the military domain. Before joining HighQSoft, he was a lead engineer in the development of control knobs for the first navigation systems available. Subsequently, he worked for the archiving of process signals in nuclear power plants.

Since 1997, he is part of the measurement data community of the automotive domain and the main developer of our flagship product, the Avalon ODS Server. Besides, Karst focuses on application model development, data import processes, and more and more importantly, the process of archiving and deleting data in controlled workflows.

Within the company, Karst is the technical expert who has to be convinced of new technical ideas and tweaks. This guarantees that the result always aligns with the ASAM ODS standard and its further development and gives our customers the security of using it. 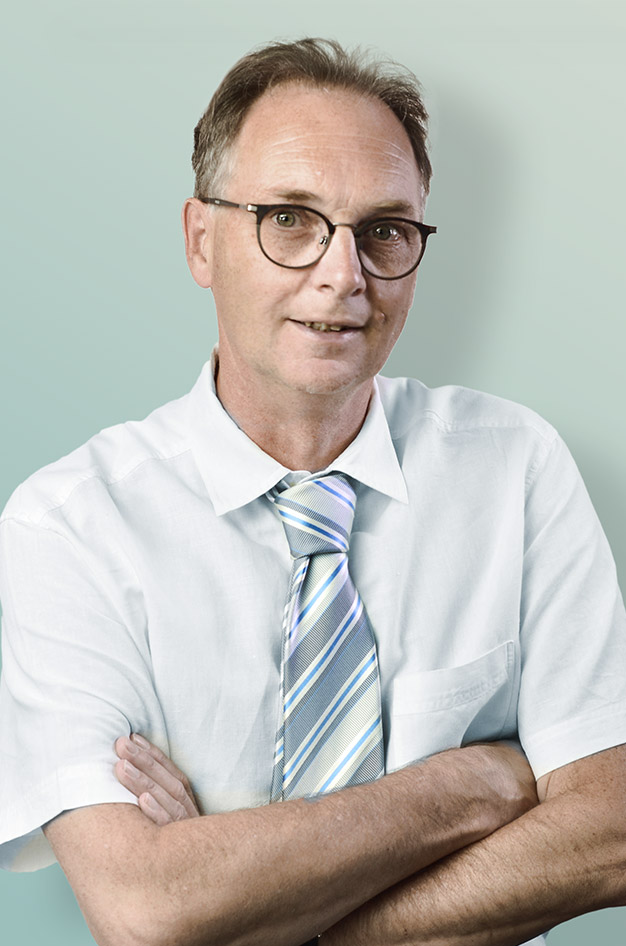 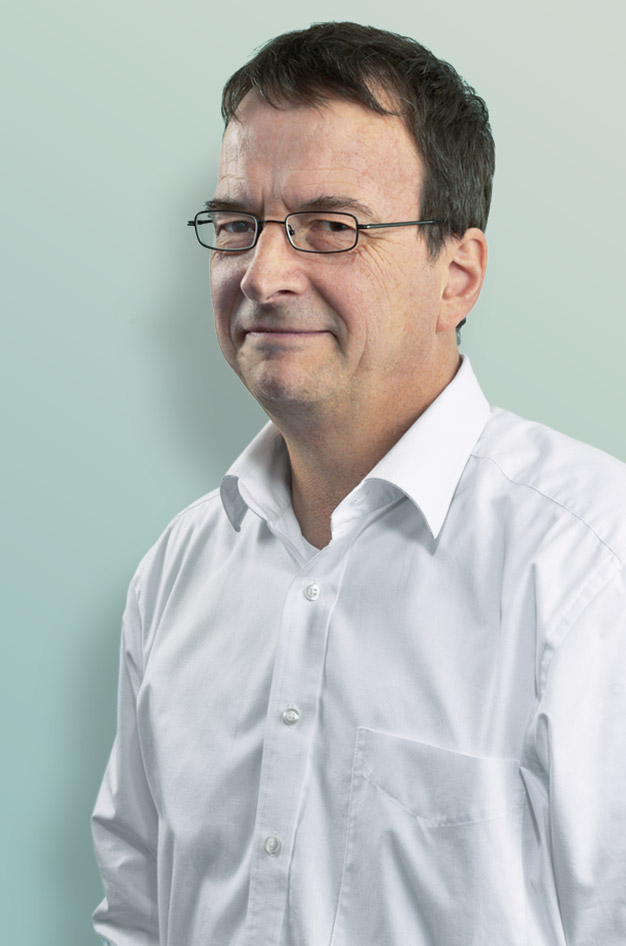 Andreas is a partner and founding member of HighQSoft and responsible for the application software division of HighQSoft. He is the manager and coordinator of product development in the categories of data access and data analysis.

Andreas studied physics at the Technische Hochschule Darmstadt, Germany. He works within the domain of software development and test automation of the automotive industry since 1992. At HighQSoft, he has been one of the initiators of the ATHOS systems (the core of our Avalon ODS Server) and ran quite a few ASAM ODS projects by now.

Nowadays, Andreas focuses on the development of a modular system to provide companies with products and solutions (thin or thick client) that manage not only their measurement data but also enables management of the whole test execution flow integrating also other legacy systems. He also is the mastermind behind our 2014 HighQSoft Query Language (HQL), which represents a unique and simple connection between the ODS API and the user’s business logic to initially allow the provision of such solutions.

Apart from that, Andreas manages the headquarter offices and organizes everything from the software development iterations up to the equally important coffee supplies.